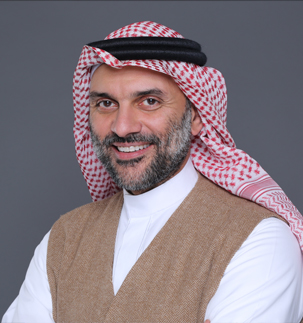 Abdullah has over 25 years of experience in strategic and operation management through various posts in the region. Abdullah is now holding the position of CEO Arabian Qudra, in the way of transforming the company into an Energy Platform for ACWA Holding Group. In this assignment Abdullah was able to structure an energy group that is composed of Power, Renewable and Natural resources business lines supported by engineering services platform to cater for the growth in the Middle East. The renewable business is mainly focused on Solar solutions, technology and installations in the CSP and PV technologies while the Natural resources is focused on tonnage Hydrogen while the Power business is focusing on winning EPCM projects for Thermal and CC technologies.

In March of 2007, Abdullah became the CEO of Hail Economic City which was one of 5 Economic Cities launched by the Saudi General Investment Authorities to diversify economy across various regions in Saudi Arabia.

Prior to that, Abdullah has worked for GE from 1993 to 2007and he was the Middle East GM and Region Executive for GE Energy where he was responsible for leading its operations in the region, which included sales strategy, orders, growth plans and execution across the entire GE Energy portfolio.

During his 14 years with GE, Abdullah has held various positions including the Corporate National Executive for the Middle East region covering GCC, Jordan, Syria and Lebanon from April 2001 to August 2004 in charge of all GE businesses from Aircraft Engines, GE Healthcare, GE Energy and others. Abdullah also became the 6 Sigma quality leader, Master Black Belt (MBB) for the Africa, India and Middle East (AIM) region from 1999 to 2001.

Prior to joining GE, Abdullah worked for Saudi Electricity Company in the east as the Electrical Maintenance Supervisor for Qurrayah Power Plant in Dhahran from 1989 to 1993.

Abdullah is a board member of various companies such Emaar Economic City, The high institute of Water and Power Technologies and others. He holds a B.S. degree in Electrical Engineering from the King Fahad University of Petroleum and Minerals (KFUPM) in Dhahran, Saudi Arabia.